Greeks Say No to Austerity 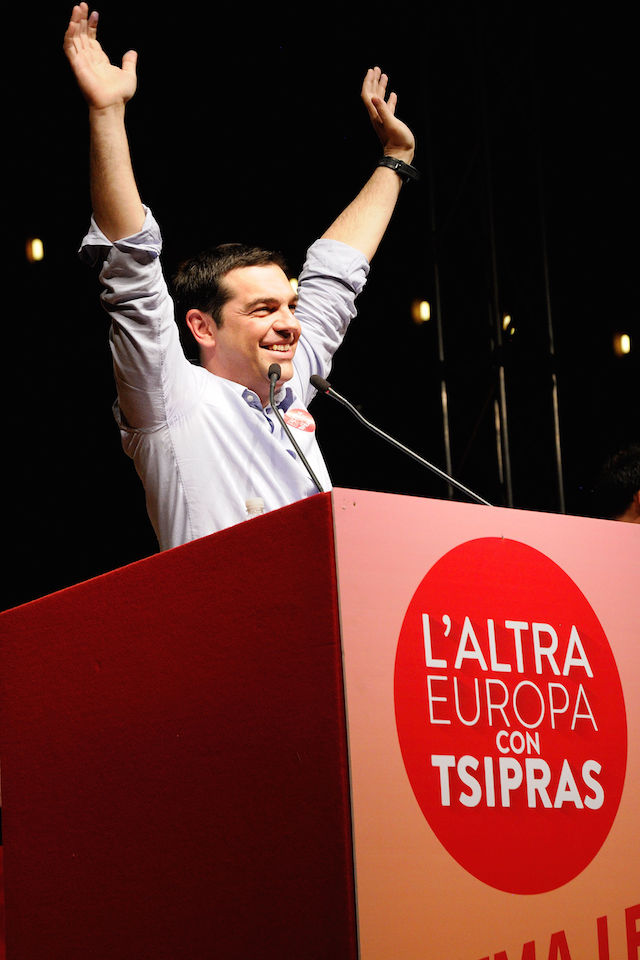 “Greece has turned a page. Greece is leaving behind the destructive austerity, fear and authoritarianism. It is leaving behind five years of humiliation and pain.” says the new leader, a former communist, Alexis Tsipras, who leads the coalition left leaning groups as Syriza.

The big question, could the "unthinkable", that idea of a complete default and exit from the Eurozone be the outcome of this populist democratic revolution? Think back, way back, imagine Greece, ancient Greece, to the start of one of the greatest civilizations known to history. Solon, the great hero poet, when Greece had sunk into unbearable economic crisis due to debt laws that had become unbearable to the vast majority, was asked by the people, to come back and set things right again. Solon ripped up the debt, established fair laws, and ushered in the great idea of democracy that we worship in theory but not practice today.

Who are these "elites" who don't like the result? Why don't they like it? When the people speak, the "elite" will say that the people have made a mistake due to ignorance. Elites will no doubt work hard to make that thought appear to be true. And so, the conflict continues. What is the truth?

So, what is the background? What are the root causes of this transformational situation?

"The Greek debt crisis that erupted in 2010 is back and again threatens the stability of the Eurozone. That crisis was the result of two factors. First, an unbridled spending drift of both the private and the public sectors in Greece during the boom years of 2000-2010, which led to unsustainable levels of debt. Second, reckless lending to Greece by Northern Eurozone banks. At no time the Northern bankers asked themselves the question of whether the Greeks would repay the loans." says Paul De Grauwe in his article The Greek Election 2015 – Revolt Of The Debtors. The similarities to the bank bailout offered as the solution to the financial crisis experienced by the United States rings familiar. Save the banks while abandoning the millions of home owners. In Greece, it was save the European banks, while abadoning the people of Greece.

We can't be surprised when mainstream media presents the issues in simple moral terms that simply don't address the real root causes. "This narrative, however, loses sight of the political upheavals triggered by the human misery that results from intense austerity. The millions of people who are pushed into misery by the creditors from the North of Europe are not passive subjects. They not only protest in the streets, something the creditors can easily live with. They also vote for those political parties that promise them that there is a better way to deal with the problem. And these are the parties that are out to break the established political and social order." continues De Grauwe in his article published before the historic election. We have a choice, every day, to organize, to work together, in our communities in order to create a social order that provides justice we the citizens, rather than the private tyrannies, banks and multi-national corportations.