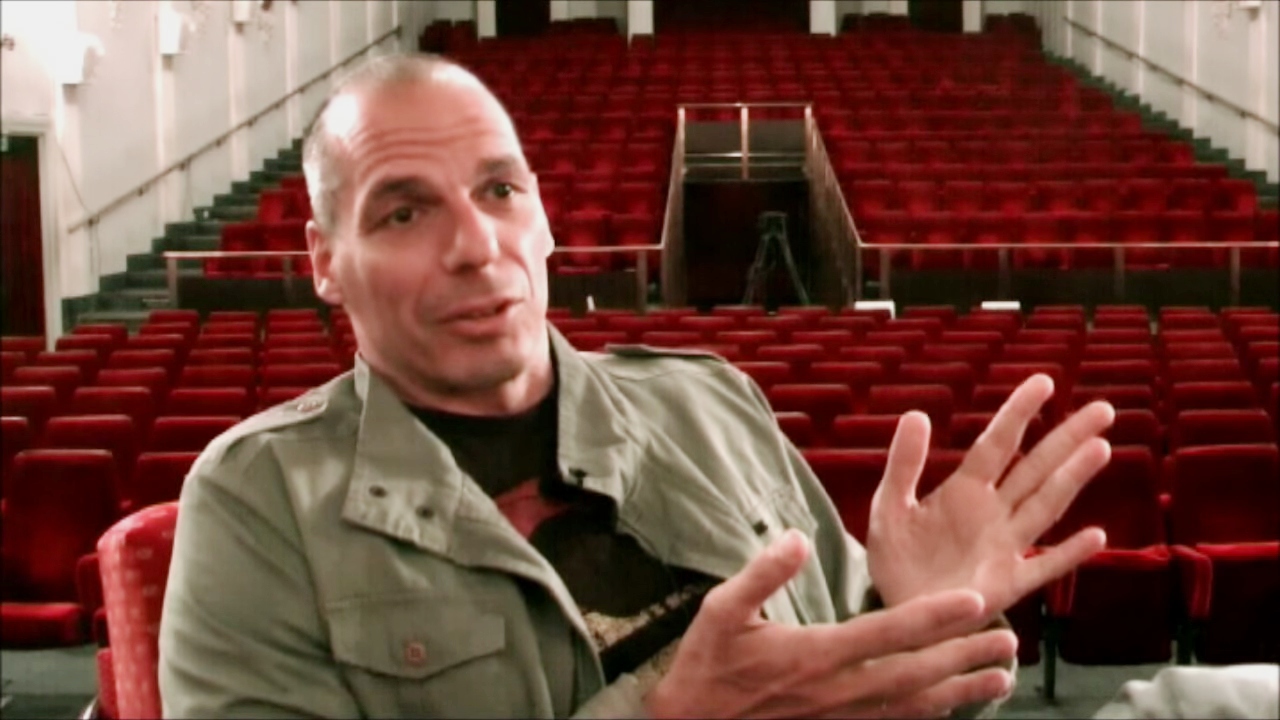 Any sensible person can see how a certain video[1] has become part of something beyond a gesture. It has sparked off a kerfuffle reflecting the manner in which the 2008 banking crisis began to undermine Europe’s badly designed monetary union, turning proud nations against each other.

When, in early 2010, the Greek state lost its capacity to service its debts to French, German and Greek banks, I campaigned against the Greek government’s quest for an enormous new loan from Europe’s taxpayers. Why?

I opposed the 2010 and 2012 ‘bailout’ loans from German and other European taxpayers because:

In 2010 Greece owed not one euro to German taxpayers. We had no right to borrow from them, or from other European taxpayers, while our public debt was unsustainable. Period!

That was my ‘controversial’ point in 2010: In 2010, Greece should have borrowed not one euro before entering into debt restructuring procedures and partially defaulting to its private sector creditors.

Well before the May 2010 ‘bailout’, I urged European citizens to tell their governments not to even think of transferring private losses to them.

To no avail, of course. That transfer was effected soon after[2] with the largest taxpayer-backed loan in economic history given to the Greek state on austerity conditions that have caused Greeks to lose a quarter of their income, making it impossible to repay private and public debts, and causing a hideous humanitarian crisis.

That was then, in 2010. What should we do now, in 2015, that Greece remains in crisis and our people, the Greeks and the Germans, have, regrettably but also predictably, descended into a mutual ‘blame game’?

First, we should work towards ending the toxic ‘blame game’ and the moralising finger-pointing which benefit only the enemies of Europe.

Secondly, we need to focus on our joint interest: On how to grow and to reform Greece rapidly, so that the Greek state can best repay debts it should never have taken on while looking after its citizens as a modern European state ought to do.

In practical terms, the 20th February Eurogroup agreement offers an excellent opportunity to move forward. Let us implement it immediately, as our leaders have urged in yesterday’s informal Brussels meeting.

Looking ahead, and beyond current tensions, our joint task is to re-design Europe so that Germans and Greeks, along with all Europeans, can re-imagine our monetary union as a realm of shared prosperity.

[1] Whose showing derailed an otherwise constructive discussion on German television.

By SkriptaTV [CC BY 3.0], via Wikimedia Commons

Interview of Yanis Varoufakis by Steve Paiken on TV Ontario.