Slaying the Dragon Within Us Video 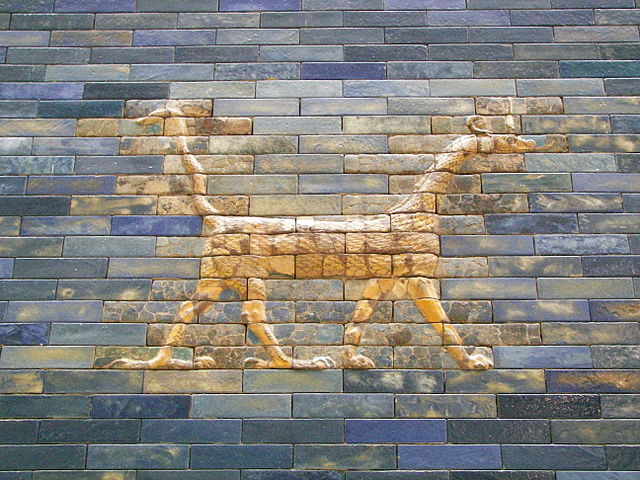 Maps of Meaning - The Architecture of Belief - PDF

Jordan Peterson on The Necessity of Virtue

University of Toronto professor and clinical psychologist, Jordan Peterson, delivers the 2010 Hancock Lecture entitled The Necessity of Virtue. He discusses virtue from a contemporary perspective that both encompasses and extends beyond moral and religious contexts. Through compelling stories and research, Dr. Peterson illustrates the necessity of virtue both for the individual and for society at large.

Something we cannot see protects us from something we do not understand. The thing we cannot see is culture, in its intrapsychic or internal manifestation. The thing we do not understand is the chaos that gave rise to culture. If the structure of culture is disrupted, unwittingly, chaos returns. We will do anything ñ anything ñ to defend ourselves against that return. - Jordan Peterson

"The world can be validly construed as a forum for action, as well as a place of things. We describe the world as a place of things, using the formal methods of science. The techniques of narrative, however - myth, literature, and drama - portray the world as a forum for action. The two forms of representation have been unnecessarily set at odds, because we have not yet formed a clear picture of their respective domains. The domain of the former is the "objective world" - what is, from the perspective of intersubjective perception. The domain of the latter is "the world of value" - what is and what should be, from the perspective of emotion and action.

The world as forum for action is "composed," essentially, of three constituent elements, which tend to manifest themselves in typical patterns of metaphoric representation. First is unexplored territory – the Great Mother, nature, creative and destructive, source and final resting place of all determinate things. Second is explored territory - the Great Father, culture, protective and tyrannical, cumulative ancestral wisdom. Third is the process that mediates between unexplored and explored territory – the Divine Son,the archetypal individual, creative exploratory "Word" and vengeful adversary. We are adapted to this "world of divine characters," much as the “objective world." The fact of this adaptation implies that the environment is in “reality” a forum for action, as well as a place of things." - Jordan Peterson - Maps of Meaning - The Architecture of Belief

Peterson has produced a series of online writing exercises including: the Past Authoring Program, a guided autobiography; two Present Authoring Programs, which allow the user to analyze his or her personality faults and virtues in accordance with the Big Five personality model; and the Future Authoring program, which steps users through the process of envisioning and then planning their desired futures, three to five years down the road. The latter program was used with McGill University undergraduates on academic probation to improve their grades.[12]

The Self Authoring programs were developed in partial consequence of research conducted by James Pennebaker at the University of Texas and Gary Latham at the Rotman School of Management at the University of Toronto. Pennebaker demonstrated that writing about traumatic or uncertain events and situations improved mental and physical health, while Latham has demonstrated that planning exercises that are personal help make people more productive.[13]

Peterson published Maps of Meaning: The Architecture of Belief in 1999. The book describes a comprehensive rational theory for how we construct meaning, represented by the mythical process of the exploratory hero, and also provides a way of interpreting religious and mythical models of reality presented in a way that fits in with modern scientific understanding of how the brain works.[14] It synthesizes ideas drawn from narratives in mythology, religion, literature and philosophy, as well as research from modern neuropsychology.

Peterson’s primary goal was to figure out the reasons why individuals, not simply groups, engage in social conflict, and try to model the path individuals take that results in atrocities like the Holocaust or the Soviet Gulag.[15] Peterson considers himself a pragmatist, and uses science and neuropsychology to examine and learn from the belief systems of the past and vice versa, but his theory is primarily phenomenological.[16] Peterson explores the origins of evil, and also posits that an analysis of the world’s religious ideas might allow us to describe our essential morality and eventually develop a universal system of morality.[17]

Harvey Shepard, writing in the Religion column in the Montreal Gazette in 2003 states "To me, the book reflects its authors profound moral sense and vast erudition in areas ranging from clinical psychology to scripture and a good deal of personal soul searching..." He goes on to note that "Peterson's vision is both fully informed by current scientific and pragmatic methods, and in important ways deeply conservative and traditional."[18]