Solidarity and Idle No More 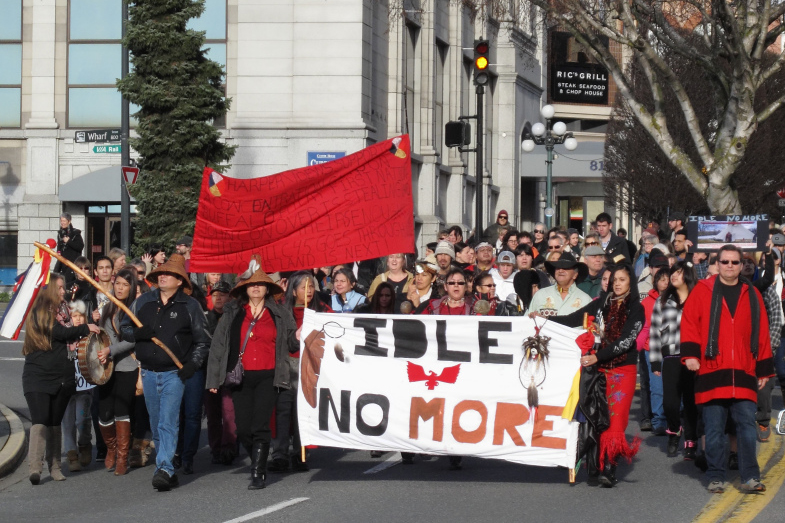 In the most simple and stark terms, Idle No More has put the lie to Harper's absurd declaration that Canada has no history of colonialism, and has shown -- in the proliferation of reactionary, defensive, ignorant responses in the media and across the internet -- precisely how weak and limited is Canada's ostensible 'culture of tolerance.'

The racism and vitriol, the internet trolling, and the awful street level hate-crimes (including the rape of an indigenous woman in Thunder Bay which ought to *also* be called an act of white supremacist terrorism), shows that colonialism has never conceded an inch in this country. It also shows why Idle No More is a welcome development -- inspiring young First Nations people and settler allies alike, to find new ways to raise awareness about history, treaties, and ongoing injustices, as well as new ways to work together towards some kind of meaningful decolonization and self-determination on this stolen land.

Those who see only the 'disruption' and 'inconvenience' caused by peaceful protests, blockades, and yet-to-be tested forms of civil disobedience have failed to grasp the historical and contemporary realities faced by indigenous peoples in this country, and quite possibly, project an unconscious fear of loss of colonizer privilege implied by *any* movement for social justice and national liberation. They are also quite frankly on the wrong side of history. 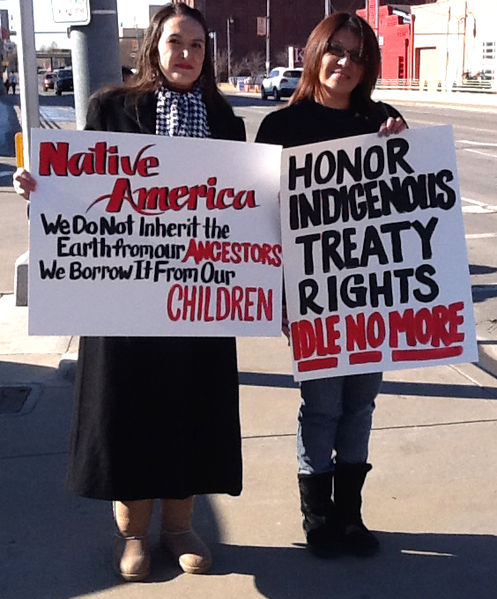 But we (settler allies) have a choice: We can work together to educate ourselves, to listen to indigenous activists' and scholars' perspectives, and to overcome inequality, exploitation, environmental devastation, racism, an endless growth and profit-driven economy, and a stunning legacy of colonialism that would be in ALL our mutual interest (and the interest of our children's children). Or we can let elite and corporate interests continue to divide us, in order to rule us and maintain a colonial system that punishes and blames the original peoples of this land -- all the while watching the continued erosion of social services and civil liberties and democratic rights for all, that this government has excelled at -- to the eternal detriment of human and animal life in Canada and elsewhere.

Idle No More is an opportunity for colonizers and their descendants to make such a choice, to exercise solidarity in a meaningful way (and solidarity, like empathy itself, is a 'muscle' that needs to be exercised or it will atrophy), and (to borrow from Martin Luther King) help the arc of the moral universe bend towards justice.